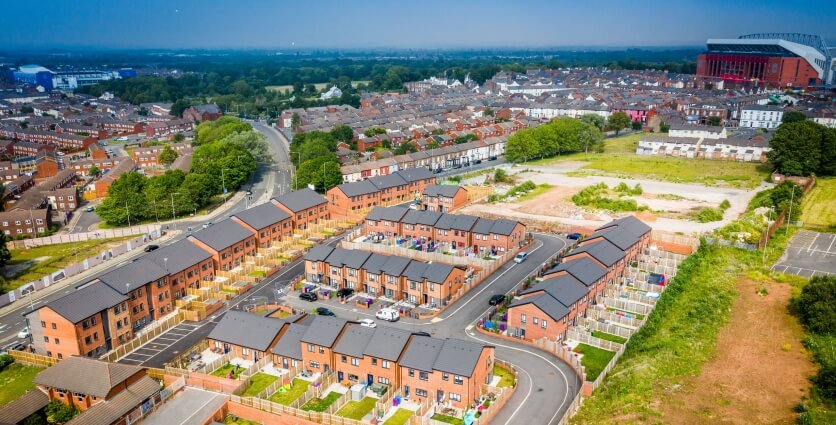 Anwyl Partnerships,specialists in the provision of residential land and build developments,has secured one of six places on the coveted Torus Development Framework.

The company has welcomed the recent award which will strengthen their existing partnership with Torus, under which they are due to commence work in January on a £24m affordable housing project in Rock Ferry, which includes 102 Extra Care apartments and 84 new affordable homes. Additionally, their partnership has seen the recent handover of Torus’ flagship 97 apartment retirement living scheme, Harpers Green in Warrington.

The new framework is set to run for the forthcoming four years and includes new build affordable housing projects with a value of £10m-plus across the North West.

Torus, the North West’s largest provider of affordable homes, currently owns and manages some 40,000 properties and is looking to build substantially on this figure in the coming years as part of the framework strategy.

Tom Anwyl, Managing Director of Anwyl Partnerships commented: “Securing a place on such a large, prestigious and ambitious framework is quite an achievement. There is much synergy between ourselves and Torus whose overarching aim is to create quality affordable and social housing across the region.

He added: “We are well placed to deliver in line with Torus’ expectations having carved a niche within this very arena. We’re pleased to be cementing our partnership with Torus via the framework and we look forward to working with their team to create new, affordable homes for all across north west England.”

Torus Developments Director of Developments & Sales, Steve Alcock, added: “With such an ambitious development programme in the pipeline, it was imperative that we had access to a bank of trusted local contractors we could call on to mobilise sites quickly and efficiently.

“Supporting and bolstering our local supply chain is incredibly important to Torus, so it is fantastic to see such a strong collection of regional contractors on the framework. Having partnered with Anwyl previously, we are pleased to cement our working relationship for the next four years and continue building homes across the North West.”

A Homes England Strategic Partner, Torus is one of the largest developers of affordable homes in the North West with a proven track record in delivering high quality mixed tenure residential developments.